Before we introduce the movies, it is important for us to acknowledge that the middle school age group is one with a lot of transitions. Your children are starting to grow out of “kid like” games, they want more independence, and are learning how to cope with many emotions. Another radical change is the introduction to puberty and the underlying hormonal developments that young adults must learn to control.

According to author Thomas Armstrong who is also an educator and psychologist, “Middle school educators understand that the biological event of puberty fundamentally disrupts the relatively smooth development of the elementary school years and has a profound impact upon the cognitive, social, and emotional lives of young teens.” It is thus important to be mindful of things that shape and influence these young minds.

Family movie nights are a great way to engage with children. As preparation, you should be aware of the underlying messages each movie sends to your children. Our list of movies for social emotional development consider the greater life lessons and the visible journey of growth experienced by the key characters through each movie. Our entertainment movies are action packed and leave no space for boredom, and often also carry greater life lessons. Without further ado, sit back, relax, and enjoy! 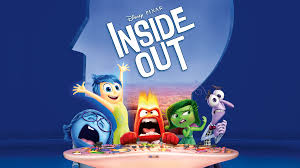 To kick off our list, we have Dr. Michele Borba (author and professional on children and parenting) recommending the movie Inside Out. Over Dr Borba’s career, she has provided research-based advice and worked with over a million parents and educators worldwide - this recommendation is certainly expert-approved!

Inside Out is a great movie that highlights the emotions of a 11 year old named Riley, who is going through a transition of moving from Minnesota to San Francisco. Through the movie, Riley has to cope with the emotions that come with growing up. The five emotions in the movie are Joy, Sadness, Anger, Fear, and Disgust, who help Riley transition to adolescence. The director of this film is Pete Docter, who previously directed Monsters Inc and other Pixar movies, gained his inspiration from his 11 year old daughter who is depicted as Riley in the movie. This movie highlights the struggles of middle schoolers learning to cope with their emotions, and is not only great for children but for parents too!

This movie is about a man, Forrest Gump, who lives his life with no limits. Although he may be intellectual impaired, he has a heart like no other. The movie sees him through many adventures, from a star football player, to fighting in Vietnam, to being the captain of a shrimp boat. This movie highlights that being the smartest or coolest person is not what is most important. The kindness the character radiates helps transform others around him, and he is fully comfortable with the person he is. This is particularly helpful for kids in the middle school age group because they are often pressured to conform to what they think is “normal” in order to fit in, and need to learn to be confident with who they are.

Fishes Dory and Nemo are the main characters of this classic movie. Nemo swims too close to the surface and gets caught, and Dory and Marlin (Nemo’s dad) start a journey to find him.

Throughout the voyage, Dory and Marlin face off with numerous ocean dangers, complicated by Dory’s short term memory. This movie highlights the act of selflessness, something important for middle schoolers as they form their views on what is right and wrong. There are also many moments in the movie that showcase the beauty and importance of positive themes such as teamwork, altruism and parental love. Overall, this is a great family movie!

Our next recommendation is the 2017 film adaptation of R.J. Palacio's bestselling novel - Wonder. This movie is about a young boy who is born with facial differences and goes to a traditional school entering fifth grade.

Jonathan Brooker worked as one of the head key grip in the music video “Brand New Eyes” by Bea Miller, which plays in the Wonder movie. Brooker shares his thoughts from behind the scenes: “The story line promotes gratuity based not on physical attributes but solely on a person's character… [Wonder] showcased the message that one should conquer life with all intentions of succeeding, no matter any circumstance or disability. The idea was [also] heavily flowing through the set and crew.”

The big message behind this movie is not to judge someone for what they appear to be on the outside, but to discover and embrace each person for who they truly are on the inside. This movie is great for middle schoolers to understand the importance of embracing others who are different. 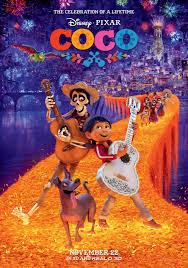 In CoCo, 12-year old boy Miguel aspires to be like his music idol Ernesto de la Cruz, but is faced with a long standing family ban against music. In the midst of everything, Miguel is accidentally transported to the Land of the Dead, where he seeks the help of his deceased great-great-grandfather to return him to his family among the living. Coco displays the importance of family and identity. Learning the meaning and value of family is an important part of healthy social and emotional development. Through the movie, Miguel learns more about his family history encountering various relatives in the Land of the Dead. After watching this movie, you might embark on a fun family tree project with your children, so they can learn more about their own roots!

This is a story about a young boy named Lucas who is bullied, but has no one to go to because everyone in his family is distracted by something else. One day, after being beat up, Lucas takes his anger out by destroying an anthill in his front yard. As it turns out, one of the ants is a wizard, who then turns Lucas into an ant!

In this new world, Lucas learns the value of friendship and teamwork. He helps save the ant colony, while gaining confidence, friends and bravery in the process. This movie teaches middle schoolers the importance of learning from your mistakes and moving forward. It also teaches them not to let their emotions out on someone/something else.

Jumanji is about four highschool students who bump into an old video game console and are transported into the video game world itself. Against the dangers of the Jumanji world, they must survive and clear the game as a team so they can come back to the real world. This movie highlights never giving up and packs a lot of laughs for a fun family bonding time! Here’s a look at the trailer:

In the 3rd installation of Pixar’s Toy Story franchise, Andy is leaving for college. Andy decides to take Woody to college but puts the other toys into a trash bag for storage in the attic. However, the toys are accidentally donated to a daycare centre, where they plan for a great escape!

Toy Story is a family friendly movie for all ages that reminisces about those precious childhood memories. It is action packed and full of funny endearing characters that will leave your family engaged throughout the show! 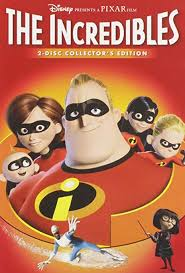 The Incredibles is about a family with superpowers rising up to save society from evil. At the start of the movie, the family is forced to live normal lives as the government places a ban on all superpower related activities. Nevertheless, Mr. Incredible’s passion for doing good leads him to a confrontation with an unexpected enemy. The superhero family works together as a unit to overcome the enemy, entertaining us with action pack family entertainment along the way! 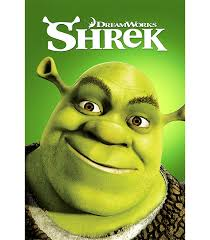 This classic Dreamworks movie is a story about an ogre named Shrek, who lives in a swamp invaded by disruptive fairytale creatures. The creatures were there because the wicked Lord Farquaad expelled them all out. Shrek goes on an adventure with his companion Donkey, to save their homes and rescue Princess Fiona. Check out the Shrek trailer here:

Barry Brooker, CEO of Grindstone Ent picked Sandlot as a great entertainment movie for families. The plot of the movie is around a group of boys playing baseball with a ball that Smalls, the main character, borrowed. The boys run into trouble when the borrowed ball gets hit over a fence.

Brooker explains: “the common theme in movies targeted at middle schoolers is kids coming together and persevering... Sandlot transcends all age groups because it deals (directly) with middle schoolers, empowering them to deal with adults.” 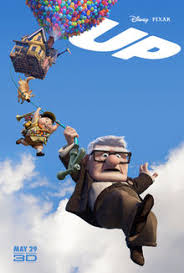 An old man named Carl Fredricksen is a balloon salesman, who has a dream he longs to fulfill in honor of his late wife. Carl attempts to fly away to South America by attaching several balloons to his house until it floats! Russell, a young Wilderness Explorer trying to earn his final merit badge for "Assisting the Elderly", becomes an accidental stowaway and ends up in Carl’s house in the sky.

This movie showcases a great dynamic and intergenerational friendship between young Russell and older Carl, showing that age is not a problem for genuine friendship to blossom. This is a great movie for children to watch with the grandparents around!

Zootopia is a city filled with all kinds of animals who work together as a society. Judy is the first bunny to join the police force, and struggles being taken seriously and enforcing the law. In order to prove herself, Judy takes on a dangerous case. Through the movie, middle schoolers learn to be open to new experiences, not to judge someone/something from the outside, to strive for their goals and more.

Like our recommendations? Share this article with your friends and family! Tag us on social media if you find these suggestions helpful and watch any of these movies with your children! [Instagram: @parenting_success | Twitter: @ParentingOrg ]

Looking for more resources? Check out our blogpost on parenting advice for middle schoolers and download our parenting guide on how to raise successful children!